We’d like to set additional cookies to understand how you use it, remember your settings and improve government services. 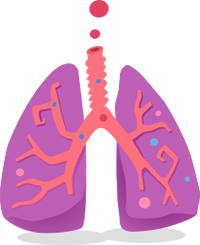 If you are young and healthy, air pollution is unlikely to have any serious effects. However, being exposed to high levels of air pollution for a long time can lead to more serious health symptoms. Generally, air pollution may cause minor effects such as irritation of the eyes, nose and throat, coughing, chest tightness and shortness of breath. Air pollution will affect you more when you're exercising outside.

High levels of air pollution, known as pollution episodes, can trigger asthma attacks. During a pollution episode, if you, your friends or your family have noticed that you are affected by air pollution then you should limit exposure to air pollutants. This does not mean staying indoors all of the time, but reducing levels of exercise or exertion outdoors. If you have asthma, you may find you may need to use your inhaler more frequently.

If you, your friends or family come under the following categories, the likelihood of experiencing health effects because of air pollution is increased:

It may be useful for you, family or friends to sign up to a forecast of when concentrations of pollutants are likely to be elevated, to do this go to https://kentair.org.uk/latest/forecast. Sign up today! 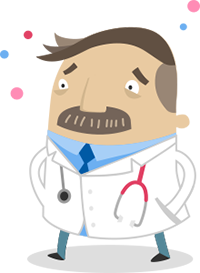 In the long term, air pollution is a major environmental risk to health as exposure to high levels of pollution over a long period of time is associated with an average reduced life expectancy of around 7-8 months. Outdoor air pollution in both cities and rural areas was estimated to cause 3.7 million premature deaths worldwide in 2012 according to the World Health Organisation!

Reducing air pollution could lead us all to having a longer and healthier life!